Ok, it’s been about 4 days since I’m working on this, and it’s almost over...

I bought two 500GB Hard Drives. And I wanted to set up a RAID 0 with them. Unfortunately my motherboard doesn't have any RAID controller, and I didn’t want to buy one. So I had to choose between Windows RAID Software or MacOS RAID Software… The choice was very easy to make, Windows didn’t allow any RAID between partitions, but only between entire Hard Drives. So, I started to learn a bit about how to make a Software RAID with Snow Leopard… and this is actually quite easy to do and that’s how I created a RAID 0 for my OS X install. But The hard work was just beginning. let me explain why a little...

First of all, you can’t create any RAID between MBR & GUID partitions. So, you have to make a choice between MBR or GUID for your drives… I’ve read on insanelymac forums that MBR was a very old partitioning system, and OSX is running faster with GUID. But, GUID and Windows bootloaders don't really like each other. To add up to this, under Windows Seven there is no more boot.ini file (which used to be easy to modify to boot OS X partitions), now everything is written in a BCD file and makes things harder to access. But because I love challenges I chose GUID anyway.

Here are the detailed steps to make things work:

At this stage, you should create all the partitions you want on your 2nd_HD.

Boot Windows Seven and use EasyBCD to boot directly with the Seven partition, I think it’ll still format the 2nd HD in MBR. (You can check which MBR is affected by attempting to boot the 1st HD and then the 2nd HD. I still think it’s the second one that is affected.)

Try to boot back on Windows Seven using a USB Chameleon bootloader (it worked like a charm for me).

Restore your previous OSX system on your RAID Drive (I think if you install OS X it will erase Windows Seven's MBR).

Boot OS X using a USB Chameleon bootloader, for which you just have to choose one of the two (or more) “Boot OSX” partitions displayed on the bootloader menu.

Create a Chameleon bootloader. You have to install it right on your “Boot OSX” partitions, for this you need to follow the README file instructions that are in the Chameleon bin archive. BUT!!!!!! VERY IMPORTANT!! DO NOT INSTALL THE MBR boot0 FILE on your 2nd_HD. Only on the first one. Because in that case, it would erase what EasyBCD wrote on the MBR.

Check both drives by changing the boot order in your BIOS. The first HD should bring you directly on Windows Seven, the second one should load Chameleon. Check if you can boot Windows Seven with Chameleon, if you can everything is fine and you can now set the Second HD as your first HD to boot.

Please note that all these steps are the result of my understanding about how MBR and bootloaders work. I learned it these last 4 days by testing almost any possibilities to make this dual boot work for GUID partitioned drives.

Why is this all very complicated? Because Windows Seven can’t boot without MBR, so if you erase your MBR, you can say goodbye to your Windows Seven install, or you can try /FixMBR but it never ever worked for me.

Here are some interesting points I found during my investigation:

I’m still working on it, and I’ve just fixed an important issue (the one with 64bits kernel). So, everything should work fine now, and before tomorrow I might be able to get a RAID0 Snow 64bits on a GUID HD with Seven 64bits on it.

What I have to do now: Find the right AHCI drivers to install Seven… because I thought IDE was fine for both OS... I was wrong.

(About 30 hours of investigation… I really need to sleep now) 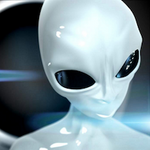